What is the third pull? Actions speak louder than words 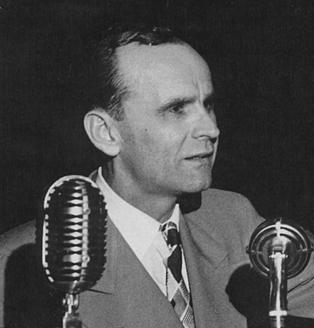 “All in love, the whole thing is bundled up now. This has been tried to be taught on many times, and no doubt what great theologians has struck it lot deeper than I could. But the thing I want to try to get to you is this: That a man that is in Christ with the Holy Ghost, can bear with a man when he's wrong, long-suffering, gentle, patient. He's sweet, humble, faithful, filled with the Spirit, never negative, always positive. He's a different person”.

“Now, what is adoption? Now, let me get this now; I don't know whether… I won't have time to get through this, but I'll hit it. Then if there's a question, you can a–ask me a little later on sometime in the message, something. Listen. Your adoption is not your birth. Your adoption is your placing. When you were borned again, John 1:17, I believe. When we are borned of the Spirit of God we are sons of God. But we were predestinated. Now, here's what I'm trying to get you to, for this sons of the last day (You see?), to the… See? We were predestinated to–unto adoption”.

“I went after a brother not long ago, had went astray. A young fellow said to me, said, "Let that rascal go. Let him alone."I said, "If I ever get to a place that my heart don't go with my brother, then it's time for me to go to the altar, because I've fallen from grace." I said, "I'll go as long as he's got breath in his body, and I'll catch him somewhere along the line." Yes, sir. And I caught him (Hallelujah.), brought him back. Yes, sir. He's back in the fold safely now. Yes, sir. He'd have went astray as sure as the world”.

“A real, real daddy wouldn't whip his child when he's trying to walk, if he falls down on the floor. Reach right down with a big strong hand and pick him up, take both hands ahold of him, say, "This is the way you do it, son. Walk like this."That's the way God does His church: reaches down and gets him in His arm, picks him up, and say, "Walk like this, son. Here, don't–don't–don't say it like that; talk it like this. Now, I don't care what the church says, what this says, what that says, you say it like this…?…" Like this, this is It. "My Word preaches it, you stay right with It, walk with It. Stay right with It. Don't care what everybody else says, stay right with It. Walk like This. This is the way you make your steps."

“Grace is, if your back is itching, I'll scratch it anyhow, whether you scratch mine or not; you slap me on the face, and say, "my back needs itching, needs scratching," I'll scratch it. See? That's it; do something. I don't believe in works; I believe that works is love. Works is–works is the manifestation that grace has taken place”. 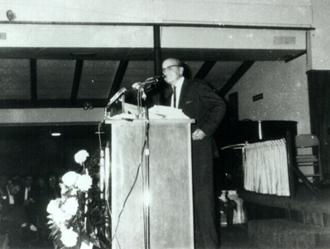 “Now, faith is based on forgiveness then”.

Third pull is not a man is not a place or church or something like this. The third pull is the Bible opened by the seventh angel in 1963. “…Thou art worthy to take the book, and to open the seals thereof: for thou wast slain, and hast redeemed us to God by thy blood out of every kindred, and tongue, and people, and nation; and hast made us unto our God kings and priests: and we shall reign on the earth”.

Christ in his prophet:

“But in the days of the voice of the seventh angel, when he shall begin to sound, the mystery of God should be finished, as he hath declared to his servants the prophets”. 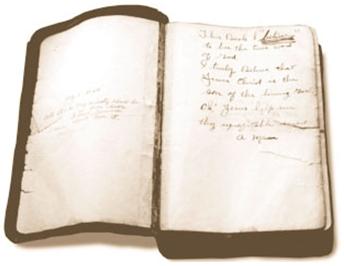