What about The Seventh Seal? 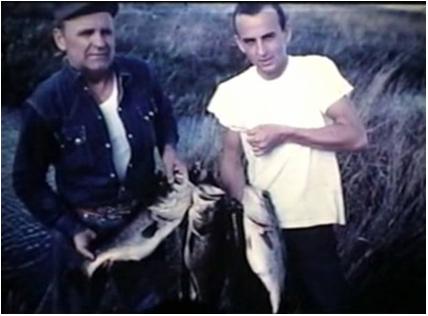 “When you feel your strike, just pull your bait.”

“So I picked up the pole that was laying on the ground. And just then, this One said to me, said, "I'll teach you to fish," the One that had been talking behind me to my right side.And I said, "All right."He said, "Fasten on the lure, but throw way out in the deep." And I went way out in the deep. He said, "Now, when you do, let your bait settle down. Pull slow first." He said, "The small fish will follow the lure." Now, that's really fishing technique all right. He said, "Pull slow." And said, "The small fish will follow. When you get a strike," said, "just jerk it a little bit, not hard." But said, "Don't tell nobody how you're doing it." Said, "Keep it still. Don't tell nobody what you're doing." Said, "Pull it slow. And then," said, "when you feel your strike, just pull your bait far enough to scatter the little fish. It'll make the big fish run for it, and then when you get a strike, then set your hook for the catch."

We find that the Seventh Seal of Seven Seals:  catch the important words “Seventh” and “Seven”. I am speaking about the SEVENTH SEAL. This Seal is Jesus Christ. And this, therefore, if that is Christ when that is opened, then that means that is His Second Coming, coming back to the earth. This is the  end. We find that the Lamb breaks the Seven Seals, the Lamb Himself. No man in Heaven or in earth was found worthy to break the Seven Seals. But the Lion of Tribe of Judah hath prevailed.

Revelation 5:1-7 (The Lamb Himself breaks the Seven Seals) 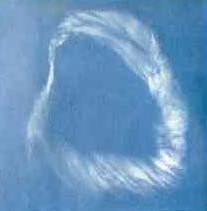 “And I saw another mighty angel come down from heaven, clothed with a cloud: and a rainbow was upon his head, and his face was as it were the sun, and his feet as pillars of fire:  And he had in his hand a little book open: and he set his right foot upon the sea, and his left foot on the earth,  And cried with a loud voice, as when a lion roareth: and when he had cried, seven thunders uttered their voices”.

"Return home. For, THUS SAITH THE LORD, the seven mysteries that's been hid in the Bible all these years, these denominations and everything, God is going to open those seven mysteries to us in the Seven Seals."There was that circle coming up from the earth, like a mist forming. When it did, it went plumb up into the mountain, begin to circle on westward from the way it come. Science found it after while, thirty miles high and twenty-five miles across, just exactly in the circle of the pyramid.  And the other day, standing there, turned the picture to the right, and there's Jesus as He was in the Seven church Ages, the white wig on, showing Supreme Deity. He's Alpha and Omega; He's the First and the Last; He is the Supreme Judge of all eternity, standing there, confirmed the Message of this hour. And there shall be Light about the evening time! What's it all about? What was it?

The Sign in Saint Luke 17:30 and The Voice in Malachi 4:5,6 the simple signs of His Coming, it’s a Manifestation of the Word made flesh for the hour and the Word for this is Malachi 4, with original message and original manna. 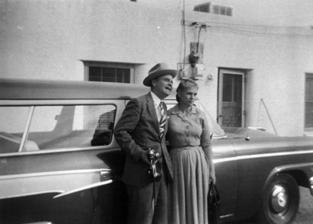