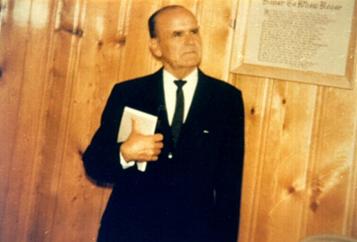 18 We have been… In the last few weeks I've been going over some of these things and finding that in the men that I thought was the kernel, yet I found that they're putting emphasis upon temporal things, going around and saying, "God gives me the biggest so-and-so; God gives…" You're bluffing.Great material things don't always rest in God's will. God makes the rain to fall on the just and the unjust. But what the world needs today is not a bluff of faith, to try to bluff yourself into something and call it spiritual. 20 Sometimes faith will do great miracles and still doesn't come from a spiritual heart. Did not our Lord say, "Many will come to Me that day and say, 'Have not I did this and that in Your Name?' and I will confess to them, "Depart from Me, you workers of iniquity." What is iniquity? It's something that you know to do right and don't do it. "I never knew you," He will say. And we're living in that day.What we need today is not a lot of material things; we have that. We don't need greater churches; we don't need greater congregations. We don't need more on radio and on television. We don't need so many more of these things. But what we need today to be spiritual, is a person that will humble themselves before God if they haven't got a penny, and will pray till that spirit within them is satisfied with the goodness of God, and a revival takes place on the inside of their heart that changes their attitudes and atmosphere that they live in. 22 You might not have a pair of shoes on your feet. You might be dressed in rags, but something in your heart singing the melodies of God. I'd rather have it than all the money in the world. 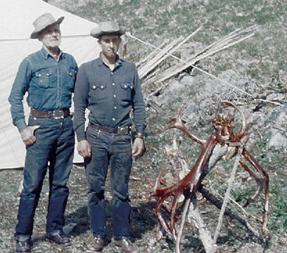 28 We might walk with our chest out, with our collars turned in the back, and walk down the street and desire to be called doctor or reverend. We might pastor the greatest churches there is in the land, and we might be as pious as we could be, that no man can put a finger on our lives. But until that soul that's on the inside of us is on fire for God, until something in there that's yearning after Him, "Like the hart panteth for the waterbrook, my soul thirst after Thee, oh God."… Until we get to that type of an experience… 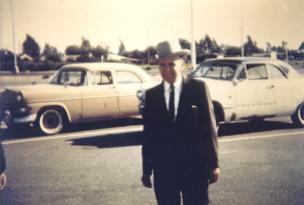 39 You know, when we have confessed our sins and met every requirement that God requires… We believed on God. There's a circumstances has to be met, and it's according to His will. And we've confessed our sins, and we've made all the wrongs that we have did right, done everything that we know how to do, every requirement that God had made or asked, we have met that requirement, and yet He lays silent; He just won't answer us…I'm sure that I'm speaking to peoples this morning who's come to that place. I've been there many times myself. When I've went back and traced my life and turned over every stone, and I'd find that I did something wrong, I'd go confess it and say, "Lord God, I'll make it right," and go do so. Then come back again and say, "Now, Lord, Thou art God; You'll answer me. Surely I've met every request that You required me to do. And every requirement, I have met it." And still He won't move, seems to set silent; that's when you've got to be sure that He is God. Don't be discouraged; the only thing is, that in your heart to be certain of God. 41 My text, be certain first before you do anything; be certain in your heart that it's God. And when you've met everything that He said, then you're sure that He's God, that's when faith goes to work right there. Faith stands steady, for it knows that He is. And you met every requirement. You believe that He is, and faith holds steady. Oh, blessed be His Name. Faith won't move, for it's sure that God is and a rewarder of those that diligently seek Him.May this go way down deep and never move from you, Branham Tabernacle. If you've met God's requirement, and in your heart you believe that He is, God's only testing your faith, for He loves to do that. You've confessed your sin and you've met every requirement that God requires, and still He lays silent, remember, faith says that He is. Then faith holds onto it, not knowing what it's all about, but it knows that He is, and it's certain that He is. 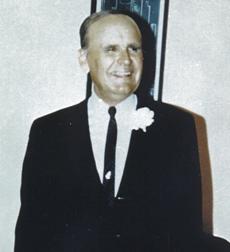 72 But when we've met His requirements, "Repent every one of you and be baptized in the Name of Jesus Christ for the remission of your sins, and you shall receive the gift of the Holy Ghost," that's His promise. "Any among you sick, call the elders of the church; let them anoint in oil and prayer. The prayer of faith shall save the sick and God shall raise him up." That settles it. "Confess your faults one to another and pray one for another."You've met God's requirements, "These signs shall follow them that believe: In My Name they shall cast out devils; they'll speak with new tongues; if they take up serpents or drink deadly things, it shall not harm them; if they lay their hands on the sick, they shall recover." That settles it.Be certain of God. Be sure that in your heart that you believe that that's God's Word. Job was.His wife said, "Why don't you curse Him and die. Why, you're getting worse all the time."  75 How Satan likes to throw that at you. "Why, you're no better than you was when you was anointed. You're no better than you was when them preachers prayed for you. Them preachers ain't right in the first place." It doesn't matter about that preacher; it's your faith in the living God what mounts. It's not what the preacher is; it's what God is. The preacher never made the promise; God made the promise. It's not up to the preacher; it's up to God and your faith to believe that that is God. So be certain of God. Be certain that it's God, and that's God's Word, and God is in His Word. 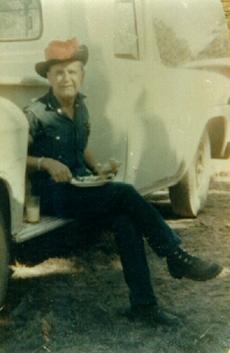 “We swallow greedily any lie that flatters us, but we sip only little by little at a truth we find bitter”. 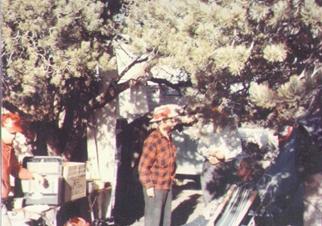