This the third pull (seventh angel) 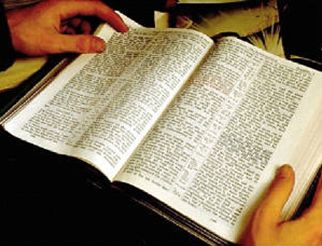 1-And I saw another mighty angel come down from heaven, clothed with a cloud: and a rainbow was upon his head, and his face was as it were the sun, and his feet as pillars of fire:2-  And he had in his hand a little book open: and he set his right foot upon the sea, and his left foot on the earth,3-  And cried with a loud voice, as when a lion roareth: and when he had cried, seven thunders uttered their voices.4-  And when the seven thunders had uttered their voices, I was about to write: and I heard a voice from heaven saying unto me, Seal up those things which the seven thunders uttered, and write them not.5-  And the angel which I saw stand upon the sea and upon the earth lifted up his hand to heaven,6-  And sware by him that liveth for ever and ever, who created heaven, and the things that therein are, and the earth, and the things that therein are, and the sea, and the things which are therein, that there should be time no longer:7-  But in the days of the voice of the seventh angel, when he shall begin to sound, the mystery of God should be finished, as he hath declared to his servants the prophets.8-  And the voice which I heard from heaven spake unto me again, and said, Go and take the little book which is open in the hand of the angel which standeth upon the sea and upon the earth.9-  And I went unto the angel, and said unto him, Give me the little book. And he said unto me, Take it, and eat it up; and it shall make thy belly bitter, but it shall be in thy mouth sweet as honey.10- And I took the little book out of the angel's hand, and ate it up; and it was in my mouth sweet as honey: and as soon as I had eaten it, my belly was bitter.11  And he said unto me, Thou must prophesy again before many peoples, and nations, and tongues, and kings. 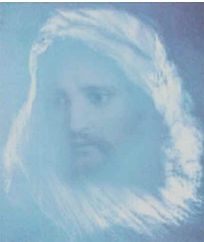 258-If you want something to happen… Now, you'll have to take my word for this. If I'm planning on doing something, I know better than to tell anybody about it. Not that that person will tell it, but Satan will hear it. See? He can't get it in my heart there, as long as God's got it closed up with the Holy Spirit, so it's between me and God. See? He don't know nothing about it until you speak it, then he hears it.And I'll try… I'll people I'll do a certain-certain thing, and watch the devil cut off every wheel he can to get there (See?), to beat me to it. But if I can get the revelation from God and just don't say nothing about it, then it's different.Remember, Satan will try to impersonate. He will try to impersonate everything that the Church will do. He's tried to do it. We've noticed it through the antichrist; but this is one thing he cannot impersonate. There'll be no mimics to this (See?), 'cause he don't know it. There's no way for him to know it. It's the third pull. He just knows nothing about it. See? He doesn't understand it. 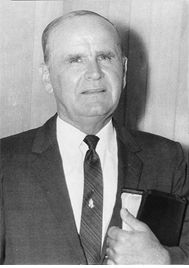 40- Now, you see, I'm just not making that up. That's what… It's THUS SAITH THE LORD. I'll read it to you out of the Book: the sounding of the seventh angel's message, the mystery of God should be finished that's been declared by His holy prophets. That's the prophets who has wrote the Word. At the sounding of the seventh church age, the last church age, all the loose ends that through these church ages have been probed at, will be wound up together. And when the Seals are broke and the mystery is revealed, down comes the Angel, the Messenger, Christ, setting His foot upon the land and upon the sea with a rainbow over His head. Now remember, this seventh angel is on earth at the time of this coming. 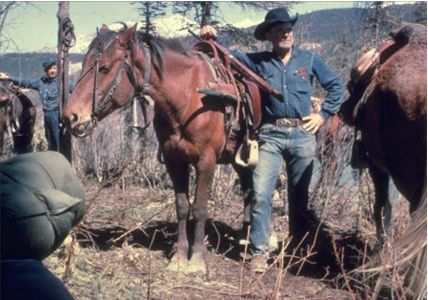 44-Now, we see that this seven-sealed Book now, is the mystery of redemption. It's a Book of Redemption from God. Now, all the mysteries at this time should be finished at the sounding of this messenger. Now, here's the angel on earth, and another Angel, mighty Messenger come down. See, this angel was an earthly angel, messenger. But here comes One down from heaven: a rainbow, covenant. See? Only Christ, it could be; just exactly like it was in Revelations 1st chapter, standing in the midst of the seven golden candlesticks with a rainbow to look upon as jasper and sardius stone.  And here He returns back in the 10th chapter after the coming time, that all the mysteries is to be finished, and the Seals are to be broke, and proclaiming that its time is no more. And he said, "When the seventh angel has begin to sound, then the mysteries should be finished and time for the Angel to appear. We're close, somewhere. That's right.

54-Notice, and is not revealed until–this Book is not revealed until the church ages and denominational ages has run out, and there's time no more. See it? It's only revealed after church ages and denominational ages has run out. That's the reason the thing is in such a scruple tonight. See? They pick up a little doctrine, and they run off here to one side and say, "This is it." Another one picks up another doctrine, runs off to this side and said, "This is it." And each one builds a denomination under it, until we got hundreds of denominations. But still in all of it to see the confusion; the people are wondering, "What is truth?" If that isn't just the condition today…57-But then He promises that when that time has finished out, there'll be the sounding of the seventh angel's voice, and then the Book will be revealed (See?) at that time. Now, don't say, "Nobody… them people ain't saved back there." But the mysteries that they couldn't understand: how that God can be three and yet One; how that the Scripture can say baptize in the Name of the Father, Son, and Holy Ghost, and turn around and say baptize in the Name of Jesus. See? Oh, so many things… How can Eve eat an apple and cause the–the wreckage of the whole world? See? How can these things be? But those mysteries are promised to be revealed in the end time. It's little loose ends that these great warriors has come on the scene, such as Irenaeus, and Martin (Saint Martin), and Polycarp, and the different ones; and Luther, and Wesley, and all of these (See?), as–how they have come and just lived long enough to–to kind of bring a light and shine it, but they left many things in–in the darkness.Along come the Pentecostal age, like the Lutheran age, and they run out on limbs. But still all right; don't say they wasn't right. They were, but there's loose ends left that can't be explained. But then in… Why? The Seals hasn't been broke to thoroughly reveal what these things are. See? 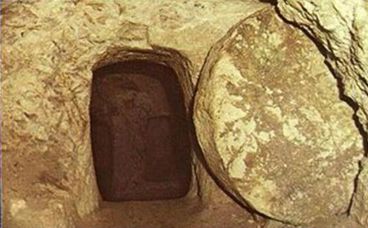