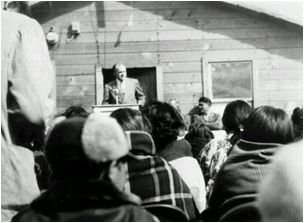 66-There is also a thirst for success. So many people today, how we school for this thirst! We just noticed, they started the university up. And we go down there, and people spend thousands of dollars to send their children to the school, and–and to universities and colleges, and so forth, to get an education, "To be successful," they call it, "in life." But now I have nothing against that, now, that's all right. But, to me, you could get all the schooling in the world, and still you haven't found the right success. That's right. Because, that will just temporarily make things a little easier for you here. And there is… But when you die, you leave all that behind you, and this entire economy that we have. 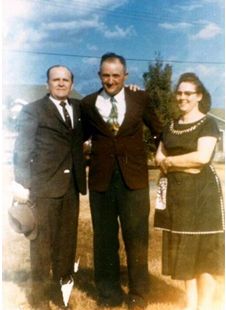 98-There is another nature, natural, just a natural thirst, in that thirst of the soul. You might say, "Brother Branham is that soul thirst is that natural?" Yes, that's natural for a soul to thirst. And it's, for God made you this way, that so that you would thirst for Him. He wants you to thirst after Him. Now, God made you like that. He didn't have to make you like that, but He did do it. And if He hadn't have made you like that, so that you would thirst, there would be an excuse at the Judgment Bar, say, "I–I–I never did thirst for God." But, there is no excuse, you do. You will make it somewhat; you might make it your wife, you might make it your car, you might make it something else, you might go to church and try to satisfy it. And I have nothing against going to church, but that isn't the satisfaction. It's to find God, the living God, the God of Heaven, into your soul, that satisfies that longing and thirsting that you long for.99- Now, for, He made you so you could thirst for Him, for His fellowship. Now, there is genuine thirst for fellowship. Now we like to meet with one another. We're doing that tonight. We meet here together tonight because we like to fellowship, one with the other. Why do we do that? Because there is something in us that we want to meet one another. That's just natural. And now we meet on a common ground here, that is, because we are all thirsting for God. See? And then we meet here on this regular, common grounds here of fellowship. In the church tonight, here, might be many different denominational views, and so forth; but when it comes to that thirst, we can meet on a common ground, one ground: we all thirst. Some might believe in sprinkling, the other one in baptism, and one in pouring, or so forth; but when it comes to the thirst for God, we–we come on one mutual ground. And God made us so that we would do that, thirst for Him and for His fellowship. I don't know anything… 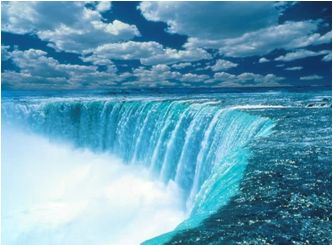 148-The streams God sent to satisfy you, in the natural, Satan has polluted every one of them. He has put the poisoned dope in every one that he could get into. That's right. He took that great stream, of the church.149- That, that was God's way. Jesus said, "Upon this Rock I'll build My Church, and the gates of hell can't prevail against It."150- Now there is different arguments of that. The Roman people, the Catholic says, "He built It upon Peter." See, and if that be so, Peter backslid, in a few days. So, It wasn't. It sure wasn't built upon Peter, Petra, the little rock. And then the Protestant says, that, "He built It upon Himself, Jesus Christ." Not to be different, but I differ with them. He never built It on either one.151-   He built It upon the revelation of Who He was. He said, "Blessed art thou, Simon, son of Jonas, flesh and blood never revealed this to you, but My Father which is in Heaven has revealed this to you." Not by knowledge! You didn't learn It by books. You didn't learn It by joining church. You didn't learn It in the shouts. You did… But the Holy Ghost Itself has brought the Person of Jesus Christ to you, then, "Upon this Rock I'll build My Church, and the gates of hell can't prevail against It." That holy thirst has been satisfied in the Person of Jesus Christ. There you are. That's the thing that we want to look for, satisfy that thirst with That. All right, we find that we must.  152-Knowledge? Oh, my! Knowledge is a great thing, we fill up, and today we're full of it. But you see, knowledge… as I was saying the other day, speaking on that subject of knowledge. There was a man standing outside, was talking to a friend of mine standing there, said, "If a man don't believe in education, why is he reading the Bible?" They…153-  I thought, "Well, if they didn't get what the Lord Jesus said, how are they going to get a dummy like me, what I say?" They couldn't even understand Him, as plain as He was.

159- Paul, he was a smart man. But when he come to Christ, and received the Holy Spirit, went to the Corinthians, he said, "I never come to you with enticing words of man's wisdom," though he could have done it. Said, "I come to you in power and manifestations of the Holy Ghost, that your faith would be in God, not in the wisdom of some man."160- Now sometimes we make the church programs, they also call for their–their pastor. The church goes to vote the pastor, they say, "Well, this pastor, now, he has got two degrees in college. He learned four years of psychology. He took this, that, the other." And they'll vote that kind of a man in (why?) instead of a pastor who believes in God's Word being inspired and being God, and will preach the Word regardless of how people feel about It.  161-God told Ezekiel, you know, said, "Preach that whether they believe It or not. You preach It, anyhow." See? Right. Whether they accept It, or not, that ain't it. They didn't accept Jesus. He went right on, preaching It just the same. See?162- Instead of a real pastor that will really preach the Word and believe in God, they–they–they try to bring in the–the intellect, the man who has got the best education; the man who can stand in the pulpit and don't take but just about fifteen minutes, so they can get home right quick, and go (some) do something else, and Ricky can get his hot rod and start out, and they can go to the twist parties and everything. And it's, oh, it's–it's just it's–it's nothing else but a hybrid educational pollution. That's right. That's just exactly what it is. That's right. But what is it? It satisfies their taste, see, it satisfies a worldly church member's taste.It don't satisfy a saint's taste. He'll take the Word every time! 163-But they say, "Oh, well, now them people is just a little off at their mind. See, they just don't, they don't get it. They, they're trying to live in a day gone by.164- Isn't it strange! I come out here in the West, and I find out they're all trying to live in a day gone by, they always want some of the old-fashion cowboy days. And go down in Kentucky, the old-fashion hillbilly days, they want to act like it, have programs of it. But when it comes to old-fashion Religion, they don't want nothing about It.165- Old-fashion days? I come down here in the rodeo time, I seen they had a big woman down there, that green stuff under her eyes, and short bobbed hair, a cigarette in her mouth. Why, if they'd have seen that back in the old days, they'd have thought she was cankered somewhere. They, they'd–they'd–they'd have put her in. What if your mother would have walked out, dressed like you and your daughter dress today, what would taken place? They'd a-had her in the insane institution. Sure, she come out without her skirt on. Well, now remember, it's the same thing today.166- Man is rottening in their flesh. If they're going through the middle age, between twenty and twenty-five years old, their brain cells are rottening too. They haven't got… People has got so they haven't got enough understanding. They don't know what decency means. They don't know the difference between right and wrong. And, oh, though, their educational program, they…  167-Did you know, education, I can prove it to you, is of the Devil? Not to read and write; but, I mean, putting their education in your church.168- What does communism lay on? Science, education, that's their god. Satan, see, that's what he introduced to Eve. That's what they're still holding to. 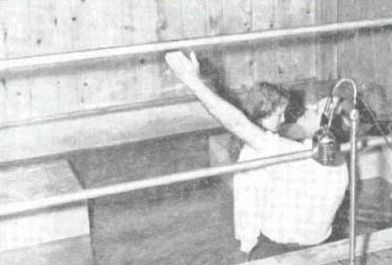