See the picture the other day, how He turned that picture sideways there? And the very picture of that seven Angels being lifted up, turn it to the right-hand side, and there is the face of the Lord Jesus looking down to the earth again.You remember when I preached the seven church ages, I couldn't understand why Jesus standing there with a "white" over His head. He was a young Man. I took it back in the Bible, it said, "He came to the Ancient of Days, Whose hair was white as wool." Jesus was only thirty-three and a half years old at His crucifixion.I called up Brother Jack Moore, a theologian. He said, "Oh, Brother Branham, that's Jesus in His glorified stage." Said, "After His death, burial, and resurrection, He turned to that." That sounded all right for a theologian, but it didn't go good, it just didn't hit the something.I went up there and started on that first church age, there the Holy Spirit revealed it. Now, you got it right on your church ages. I guess the books will be out pretty soon now, the full detail of it. And it showed that Jesus was Judge. There's a white wig that they used to wear, put a wig on and wear it as a judge (England still does it.) when you got supreme authority. And that turning sideways in this picture, there He is, His black hair, you can see it in the side of His beard, and the white wig on. He is the last of the authority; He's Supreme Authority. Even God said so Himself, "This is My beloved Son; hear ye Him." There He is with them Angels, the message, which was the seven–breaking of them seven seals that revealed serpent's seed and all these things here. And it shows that it is His very covering; it's His–it's His supreme authority. He is Supreme, and He's wigged or–or covered. The Bible said that He changed His countenance, or He changed Himself, en morphe. The word comes from the Greek word, "en morphe," which means "a Greek actor that plays many parts"; today he is one thing, in the next act he's something else. He was God the Father in one act; God the Son in another act; and He's God the Holy Ghost in this act. See? There He is; His Word is still Supreme. We're living in the last days.

The ministry of William Branham involved three distinct stages that he referred to as “pulls”. The First Pull: Healing. Second Pull: Prophesying. Third Pull: The opening or revealing of the Word of God. The ministry of Jesus Christ followed exactly the same pattern. First Pull: multitudes flocked to hear his gracious words and to receive His miraculous healing touch. Second Pull: Revealed the secrets of the hearts. (John 4:17-18) Third Pull: His Message, the Word of God which came in strength and contrary to the religious order of the day, caused the multitudes to leave him. “From that time many of his disciples went back, and walked no more with him.” John. 6:66.

Was the Seventh seal opened? What did the prophet say?

Christ revealed in His own Word, page 43 in English.

I seen the rocks tumbling off the side of the hill, rolling down. And I looked up, there was that white circle above me there, circling around. Here come seven Angels, come moving down out of the air, picked me up, and said, "Go back to your home to the East, right away, and bring those Seven Seals where there's seven mysteries, for the complete Word is revealed now in these seven mysteries." 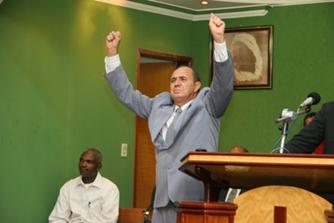 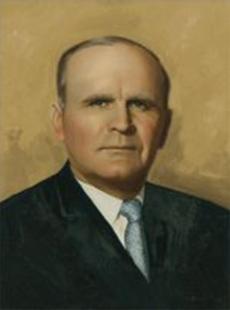 I say it because it's Life, because I'm responsible to God for saying it. And I must say it. And my Message… All the time knowing back there under healing and so forth like that, was just to catch the people's attention, knowing the Message would come. And here it is.And them Seven Seals opened, those mysteries and showing those things is what's happened.

There's no more higher order to reveal the Word than prophets. But the only way the prophet can be a-vindicated is by the Word. And remember the Third Pull was the opening of them Seven Seals to reveal the hidden Truth that's been sealed in the Word.

Let me close by saying this: that the Son of man is now being revealed from heaven.
"Will it come after while, Brother Branham?"It is now. And I hope I won't have to make this so personal of this own meeting, but that your spirit within you that's give you by God, can read what I'm talking about. The Son of man has already come from glory and is revealing Himself for the past few years to His Church in mercy, showing them His great Presence, doing the same things that He did when He was here on earth, revealing Himself like He did to Abraham. Before the destruction, He has come now in mercy, revealing Himself to the Church. It's being laughed at and scoffed at. The next time He reveals Hisself, it'll be in judgment on the world and the nations that's forgot God and sinned their way of grace–their day of grace, rather, away. Because they have forgotten God.

And I had my hands out, and all at once something hit my hand. I don't know. I can't say. Did I go to sleep? I don't know. Did I go into a trance? I don't know. Was it a vision? I can't tell you. Only thing I can say is when I… Just the same thing like them Angels was. And it struck my hand, and I looked, and it was a sword, and it had pearl handles, real pretty; and had a guard over it with gold, and the blade looked like, something like a chrome, like silver, only it was real shiny. And it was so feather-edge sharp, Oh, my. And I thought, "Isn't that the prettiest thing?" just fit my hand. I thought, "That's awful pretty." But I said, "Hey, I'm always 'fraid of them things"–a sword. And I thought, "What will I do with that?"And just then a voice shook down through there that rocked the rocks, said, "It's the Sword of the King." And then I come out of it. "The Sword of the King…"Now, if it said, "a Sword of a King…" but it said, "The Sword of the King," and there's only one "the King," and that's God. And He has one Sword; that's His Word, what I live by. And so help me, God, standing over His holy desk here with this holy Word laying here, It's the Word. Amen. Oh, what a day we're living in, what a great thing. See the mystery and secret? The third… Standing there, when this left me, something just come to me and said, "Don't fear." Now, I didn't hear no voice, like on the inside of me spoke. I just tell you the truth, just exactly what happened. Something hit and said, "Don't fear. This is that third pull."

We believe in the God’s Word. Brother Branham, the messenger of the Son of man, came and opened the mysteries of the Book of Revelations and the entire Bible. We cannot understand with our natural reasoning, but must pray earnestly for God to shine His light upon us.