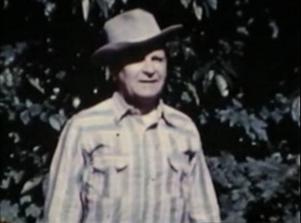 The messenger of the Son of Man

“Now, the hidden mysteries of Christ was fully revealed in The Seven Seals. It revealed first The Seven Church Ages opened up the ages and placed them positionally, both with history and with the Bible, and set them in position how they was. Then we found ourself in the last church age, being the Laodicea church age, which was the most corruptible of all the church ages, even from the very first, from… Ephesians was a great church age”.

“And in the papers, across the nation as we have on the board, it displayed how that that moon turned from light to darkness. And the very phenomena of it, that that moon drawed exactly in the skies the same thing the Holy Spirit had me to draw here two years ago, and showing the covering, the… When it went six pictures, I put the seventh on there, because the Seventh church age, just a shadow of light, the going of the… That's where Jesus at the door knocking. But it goes into total darkness. And what a reflection, what a Message from God Himself, that these things are the Truth: Testified it first in His Word, then by the Spirit at the platform, and then declared it in the heavens. There's no mistake about it at all. Those Seals and Ages are perfectly in line, perfectly, God giving witness by supernatural signs and wonders, with the Word and history all placed together, in the age that we're now living in”.

“The–this calling of the Feast of the Trumpets, the approaching of something… Notice Revelations 8 and 7, if you want to write it down. We notice the first trumpet there scattered hail, blood, fire upon the earth. Just exactly with Exodus, when God was calling His people out of the exodus.Now, the reason that these Seven Trumpets does not apply to this church and this age is because it's to Israel only. It's the calling of, the gathering of the people. And now, there's only one significance in here, that I want you to get to in a few minutes, is where you'll see why this doesn't apply to this age that we're living in, the Seven Trumpets”. 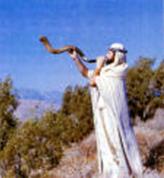 “And I beheld and heard an angel flying through the midst of heaven, saying, with a loud voice, Woe, woe, woe, to the inhabitants of the earth, by reason of the other voices of the trumpet of the three angels which are yet to sound”.

The seventh Woe: The Sixth Seal and the Third World War (in process) 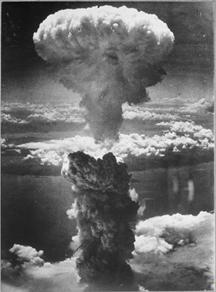 “Now, let me say this right here, that every trumpet that blowed, blowed under the Sixth Seal”. 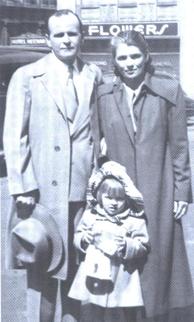 The Mighty God unveiled before us p. 27 (English edition)