The Prince of the House of David(LETTER IV) 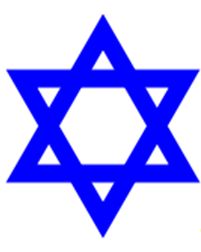 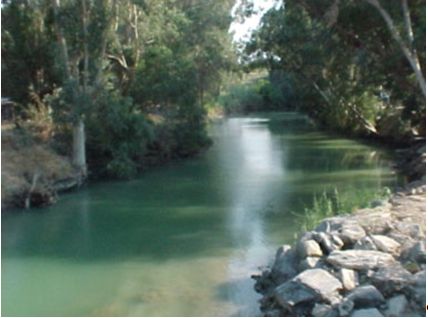 As we traversed the banks of the flowing stream, we came all at once upon a pillar of stones partly in the water. ‘This,’ said my companion, stopping, ‘is the Mount of Twelve Stones, which Israel set up to commemorate the passage of Jordan. Here they crossed on dry ground.’ ‘I counted them, and found but seven of them remaining. What vicissitudes, I reflected, had not Israel passed through since the hands of our fathers placed that heap together! Generations of judges and long lines of kings; captivities succeeding captivities; wars, conquests, and defeats, and subjection, finally, till we are no longer a people; having a ruler, indeed, but whose power is a mockery–a Herod, holding his authority at the courtesy of the Imperial Monarch of Rome. Alas, with the end of the reign of such a shadow of a king, the sceptre will forever depart from Judah!" he added, bitterly. "Then will Shiloh come!" exclaimed my cousin Mary, with animation, "Yes; Judah must be abased to the lowest step, before she can rise! And with Shiloh king, her glory will fill the whole earth," responded John, with hope once more beaming in his eyes. "At length we drew near the dark mass of human beings which we had beheld afar off, assembled around a small eminence near the river. Upon it, raised a few cubits taller than their heads, stood a man upon whom all eyes were fixed, and to whose words every ear was attentive. His clear, rich, earnest tones, had reached us as we approached, before we could distinguish what he said, He was a young man not above thirty, with a countenance such as the medallions of Egypt give to Joseph of our nation, once their Prince. His hair was long, and wildly free about his neck; he wore a loose sack of camel’s hair, and his right arm was naked to the shoulder. His attitude was as free and commanding as that of a Caucasian warrior, yet every gesture was gentle and graceful. With all his ringing and persuasive eloquence there was an air of the deepest humility on his countenance, combined with an expression of the holiest enthusiasm. The people listened eagerly to him, for he spake like the prophets of old, and chiefly in their prophetic words! His theme was the Messiah: 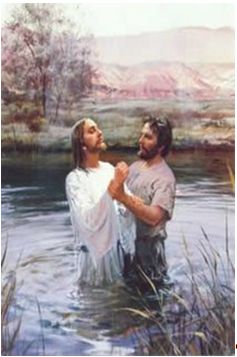 "‘Oh, Israel, return unto the Lord thy God, for thou hast fallen by thine iniquity,’ he was saying, as we came up, as if in continuation of what had gone before ‘Take with you words, and turn unto the Lord, and say unto Him: Take away all iniquity and receive us graciously. Behold, He cometh who will heal your backsliding, and will love you freely! He will be as the dew of Israel! He shall grow as the lily, and cast forth his roots as Lebanon! His branches shall spread, and his beauty shall be as the olive tree, and his fruit shall be for the healing of the nations! They that dwell under his shadow shall return and dwell evermore; and it shall come to pass that whatsoever shall call on the name of the Lord shall be delivered, for beside Him there is no Saviour.’ "‘Of whom speaketh the prophet these things?’ asked one who stood near me, of his neighbor, and then of me; for by this time we had taken places as close to the prophet as we were able; for I did not wish to lose one word that should fall from the lips of a man who could thus empty cities, and people the wilderness with their inhabitants. "‘Of Messiah–listen!’ answered him a Scribe near, as if not pleased to have his attention interrupted by his side talk. ‘His words are plain. Hear him.’ "‘Blow ye the trumpet in Zion, for the day of the Lord cometh!’ continued the prophet, in a voice like that of a silver trumpet; ‘for, behold, the day is at hand when I will bring again the captivity of Judah. The day is at hand when the Lord shall roar out of Zion and utter his voice from Jerusalem.’

"‘Art thou not Elias?’ asked one, aloud. 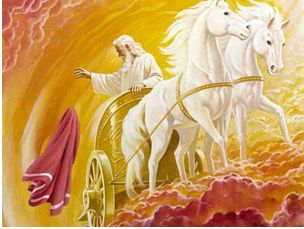 With this remark of his, dear father, I close my long letter. I make no comments. I will only say, that my expectations are actively awake, and that I am looking, with thousands of others, for the near advent of the Messiah. 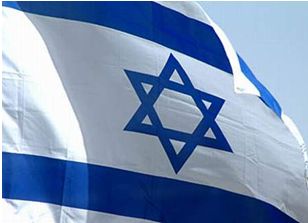