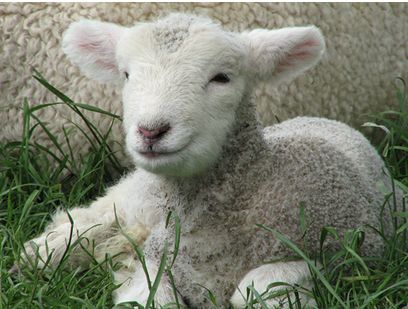 And this reminds me that I had something to relate to you. You will remember, dear father, that I alluded to an excitement that is increasing every day, in reference to a new prophet, who is preaching in the wilderness of Jericho, and whose life is as austere as was that of Elijah! For three weeks past several parties of citizens have been to the valley of Jordan, confessing their sins. Among these is John, the cousin and betrothed of Mary, who having heard much said of the power with which this man spoke, by those who had returned, also went to satisfy his curiosity, and, as he says, with a secret hope that God had again remembered Israel, and sent to us a prophet of reconciliation. Upon his return we saw that his countenance was animated beyond its wont, for he is usually of a sad and gentle aspect, and that his fine eyes beamed with an ardent hope, that seemed new-born in his soul. He thus recounted to us his visit to the prophet of Jordan: "After leaving the gate and crossing the brook and valley of Kedron, I encountered a large company, who were ascending the road that winds over the south side of Olivet. These were men, women, and children, and they were provided with food in baskets, and travel as our people do, when they come up to the Feast of the Passover. I found, on joining them, that they were directing their steps also towards the wilderness, in order to hear the great prophet, whose fame was in all men’s mouths. Among them were priests and judges, Sadducees and Pharisees, and Esenes, and even men of no faith; for even in Judah we have ,many ten thousands who believe in no God, so long has it been since Jehovah has visited his people! "Passing on ahead of this company, I being well mounted, and they traveling slowly, I at length reached the summit of the hill, from which I looked back to take a parting glance at the city. How like ’the City of God’ it crowned its lordly hills! All the glory of Jerusalem, of the past, came before my memory, and I sighed that that glory had departed, not in the destruction of its edifices, for Jerusalem is still magnificent and imposing, but in the downfall of its power. I heard, distant as I was, the strains of the Roman bugles, echoing over the valleys where the prophets, priests, and kings lay buried, and reverberating from the Temple walls, the sacred echoes of which, aforetime, had been awakened by the voice of God! Gethsemane, the fair garden of Solomon, where he tried to create a second Eden, lay at my feet, its walls broken, and its walks wild and overgrown; here and there a fig or an olive, or a palm tree only, remaining to tell the passing traveler that here was ’the delight of gardens, the abode of pleasure and of mirth, from which were excluded all who were sorrowful, that no tears might fall upon its enameled floors, dedicated to voluptuous joy.’ This description of it, given by our poets, passed through my mind, as I beheld its melancholy and deserted aspect–looking more like a place of tears than of joy, as if its shades would invite the sorrowful to weep in them, rather than the silvery feet of the dancer! "I soon reached the pretty town of Bethpage, where, at the inn, I beheld several horsemen just mounting, to go in the direction of Jericho. Several of them I knew, and, on joining the cavalcade, learned they were for the most part drawn out of Jerusalem on the same errand of curiosity with myself. But one of them, however, a wealthy young noble of Arimathea, was actuated by the same holy desire that burned in my boson, a desire that we might, in the prophet who was called John, discover a man sent from God. The others were bent on commerce, on pleasure, or mere idle curiosity, to see one of whom every one talked in all the land of Judea. As Joseph of Arimathea and I rode together, we conversed about the man we expected to see, and the different reports which were noised abroad respecting him. My companion seemed to believe that he was a true prophet, for being very well read in the scriptures, he said that the SEVENTY WEEKS of Daniel were now about completed, when the Messiah was to come! I then asked him if he believed that the Messiah, who was to be ’a Prince and King, and have dominion from the sea to the ends of the earth,’ would come in the wilderness, clad in the skins of wild beasts? To this he replied, that he could not regard this prophet as the Messiah, for when the Christ should come, he was ’suddenly to come to the Temple,’ and that we should doubtless first see him there; but that he was greatly in hopes that the prophet we were going to see would prove to be the forerunner, foretold by Malachi. Having a roll of the Prophet Daniel with me, for I took the Prophets along to compare what I should hear the preacher of Jordan proclaim, with them, I saw to my surprise, that not only the seventy weeks had about reached their completion, but that the expiration of the ’thousand two hundred and ninety days’ drew presently nigh! We were both surprised at this coincidence with the advent of this new prophet; and joy and fear trembled in our hearts, tempered with hopes we dared not utter. 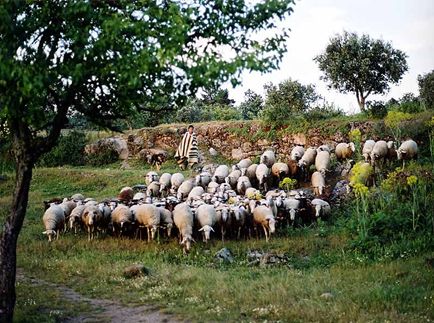 " ’Those who heard him,’ said Joseph, as we rode into the village of Bethany,‘say that he publicly proclaims himself the forerunner of the Messiah. The opinion of the more ignorant who have listened to him is, that it is Elijah himself, returned to the earth! While others assert that it is Enoch himself, come down from heaven; and not a few believe him to be Isaiah.’ "In this manner, conversing, we crossed a hill, where, tradition says, stood the Tree of the Knowledge of Good and Evil, and also, where rested the foot of Jacob’s ladder; and from which place, it is believed by many, all good men after the resurrection shall ascend into the third heaven; for it is the common belief that the throne of Jehovah is directly above it.”At length, after a long day’s ride, during which we had overtaken and passed many large companies hurrying forward to hear the prophet, also meeting many returning, spreading wonderful accounts of his eloquences, wisdom, and power, we came in sight of Jericho. The city is very stately, with its Roman towers and palaces, it being the favorite winter resort of the governors. Its situation, in a green valley, was refreshing to the eyes, after our dreary ride all day over the broken and barren hills. On our left, a mile before you come to the town, we passed the ruins of the tower and house of Hiel, who rebuilt Jericho in the days of the Kings. To the right was the field where the Chaldean army defeated our fathers in battle, and took King Zedekiah captive; it was now covered with beautiful gardens, and smiled as if peace had ever dwelt in its sweet shades. On an eminence, to the north of us, about half a league off, Joseph, who had often traveled this way, made me take notice of the ruins Ai, and of the hill of ambush, where lay the warriors of Joshua, who surprised and cut off the city. As we approached the city, I could not but recall the period when Israel’s hundred thousands, shod with the sandals they had worn forty years in the wilderness, marched seven times around it. In imagination I heard their martial tread shaking the very earth, and beheld the princely Joshua, standing aloof on an eminence near, directing the solemn march. I hear again the thunder of the trumpets of the hosts of God seven times sounded, and saw the proud wall of the city fall, darkening the whole heavens with the clouds of dust that rolled over the heads of awe-struck Israel! But how different was the reality! The setting sun gliding the firmly standing towers, turrets, pinnacles, and battlements of the Roman city, lending to it a splendor that moved the soul to admiration; and the blue sky bent serenely without a cloud above it; and the circling vale, instead of echoing to the tread of an armed host, for whom Jehovah fought, was now filled with Roman knights and ladies on gay parties of pleasure, and processions of maidens moving to the cemetery of the tombs, clad in snow-white vestments, casting flowers in their path, and chattering sacred songs; for it was the day in which the daughters of Jericho celebrate the hapless fate of the lovely daughter of Jephtha, by visiting her sepulchre; for she was born and buried in this city, where Jephtha long dwelt ere he removed to Mizpah; and hither her sacrificed body was conveyed to be placed in the tombs of her fathers. "At the gate we were stopped by a Roman soldier, who demanded our passports and the traveler’s tribute, which humiliating affair settled, we rode into the city; for it was our intention to pass the night there, and early in the morning walk to the banks of the Jordan, where we understood the prophet was teaching and baptizing." At this point of the narrative of the cousin of Mary, dear father, I will close this letter. We had all listened with the deepest attention, not so much for the interest it contained in itself, as on account of the manner in which he recited what he had seen; his face being calmly beautiful, his eyes soft and expressive, his voice musical, and his whole aspect the true and expressive manifestation of the intelligence, gentleness, amiability, and noble ardor of piety which belong to his whole character. In my next I will resume his narrative, dear father; for when I have given it to you wholly, I have many things to ask you to which it gives rise in my mind. May the blessing of the God of Israel be upon thee, my dearest father!