It is with great pleasure that we are able to report that Rev. and Mrs. F. F. Bosworth have been working with us in the services beginning with the Pensacola meeting. Years ago as a boy the editor remembers that news of the great Bosworth healing campaigns reached the daily newspapers even in the far west. In those days enormous crowds gathered to hear the Bosworth party. The largest crowd ever gathered under one roof in Ottawa, Canada, attended their meetings and some 12,000 sought salvation. The editor has before him a folder showing the great throngs that gathered in the many cities where the Bosworth brothers labored, such as the Arcadia Hall in Detroit, the Arena, Erie, Pa., the Convention Hall at Camden, N. J., and other communities. Besides the great number of healings (Brother Bosworth has received over 200,000 written testimonies of healing), many tens of thousands found the Lord as their Saviour in those campaigns.

Unfortunately, during the Twenties many of the large auditoriums did not have public address systems, and the strain of the meetings began to tell on the evangelist, and he found it necessary to terminate that type of ministry. Then for a long time Brother Bosworth maintained a radio ministry in which many thousands of healing testimonials were received.

It was in Miami, Fla., that Brother Bosworth met Brother Branham. Both men fell in love with each other, and it seemed the hand of Providence drew them to-gether. Brother Bosworth has reached the age where he, though in striking health for a man of his age, is nevertheless unable to carry on the responsibility of great campaigns himself. However, he still is able to minister the Word of God in incomparable fashion, and give the party the benefit of his many years of experience. The sweet humility of Brother Bosworth, not seeking for himself, but always seeking to defer to Brother Branham, and the latter manifesting the same spirit, makes a remarkable combination.

With Brother Bosworth taking the morning services with special instruction to the sick, and Brother Baxter the afternoon service with special emphasis on evangelism and Bible teaching, and finally Brother Branham in the great healing service at night, it is believed that these meetings will be the instrument of even greater visitations of salvation and blessing. Your editor, who is acting as a sort of co-ordinator behind the scenes of the many phases of these meetings, rejoices in the rich blessing of fellowship he enjoys with these humble yet great men of faith.

Brother Bosworth, remarking concerning the ministry of Brother Branham, declared: "In my own ministry I witnessed all the miracles that I have seen in the Branham meetings, but never in this fashion. I have never claimed the Gift of Healing. Sometimes it took us months to get the crowds to come, and to build up faith so that the miracles would take place, but in Brother Branham's ministry it is different. Miracles take place the first night and the crowds gather from the first. This is the difference between the Gift of Healing and the prayer of faith." 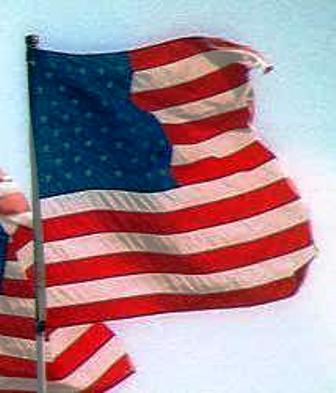