“Please, Jesus, oh, God, give the boy another chance” 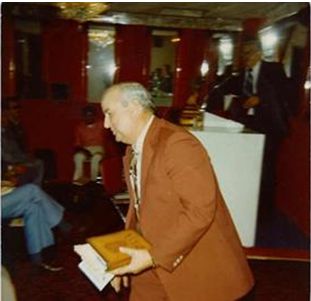 Come, Let Us Reason Together was delivered on Tuesday, 4th October 1955 at the Lane Tech High School in Chicago, Illinois, U.S.A.

“Please, Jesus, oh, God, give the boy another chance”.

E-56 A dose of medicine almost killed my boy, Billy Paul. About two years, three years ago, Billy Paul got into a habit, got running around there, and that’s the reason I had to send him to Waxahachie, to the school. Our public school, with the bunch of little boys and things, all smoking cigarettes and things. And Billy come up home one day and said, “How you getting along, daddy?”I seen a vision pop over him. I said, “Come here a minute, talk to you.”He said, “What is it, Daddy?”I said, “What are you doing smoking cigarettes?”He said, “I’m not.”I said, “Don’t you lie to me, Billy.” He commenced to crying.Well, he said, “I–I won’t do it no more, daddy.” And he went on out. He kept on doing it. He wasn’t hiding it; he can’t hide it, no, no. So–and I seen a vision, and the Lord showed me that Billy, had disobeyed me, and had jumped through a window, and was going laughing, head over heels, like that, down, on through eternity, turning over and over. And when I come out of the vision, I was screaming to the top of my voice, “Oh, God, don’t take my boy. Only boy I have, don’t take him, Lord.” And I was screaming to the top of my voice. I told Billy.

E-57 And so, Billy, that day, he went fishing. Been hanging down on the river a lot. There was a man from India, there to see me, and some more ministers. And we went down into New Albany with my wife. She had to go down there to get something another. And so, we went down, and I was setting talking to the ministers, and all at once, something said to me, “Get out of the–here, right quick.” I thought that was just my imagination.And I–I said, “Well now, brethren, we’re fixing to go to India as soon as we possibly can.”Something said, “Get out of here, and get to yourself.”And I got out of the car, and I said, “Excuse me, brethren, just a minute; I want to go around the corner.”And I went around there, and I looked, nobody was looking, I said, “Father, what is it?”Said, “Go to Billy Paul at once.”

E 58 And I run back real quick, and Meda was coming up the street, my wife, and I said, “Hurry honey, hurry. Something’s wrong with Billy.” And we run, jumped in a car, and took out to Jeffersonville, about five or six miles. When I went into the yard, my mother-in-law, standing in the yard, screaming top of her voice, said, “Billy’s dying, got him in the hospital.”So I said, “What happened?”Said, “Well, he come up down there, and he had a sore throat. And he was afraid you was going to catch him with that sore throat, and tell him, he was still smoking cigarettes. And he went down, and your good friend,” the best doctor there is in the nation, one of the best, “Dr. Sam Adair, gave him a shot of penicillin, and he swelled up about that big, in just about three minutes. And he run up there, and they wrapped him in blankets, and rushed him to the hospital.”

E-59 And I run out real quick, here come the doctor down like that, took off his hat, said, “Bill, I’ve killed your boy.”And I said, “Oh, Doc, surely not.” And I run into the room; they had oxygen over him and everything, and pumping, and giving him adrenalin over his heart. And he was just… Heart going on down, and down. I said could I be with him a moment. And so he just walked out of the room. I knelt down, put my hands upon him; I said, “Dear God, please. Hasn’t my heart been broke enough in my days? Please, Jesus, oh, God, give the boy another chance. Don’t… Lord, please, I ask you with all my heart, as Your servant, if You’ll spare the life of my boy. He’s so good to me, and helps in the meeting, and he’s so loyal to me. I need him. God, please don’t take him. I–I ask You not.”

E-60 And I looked, and I saw a vision of him falling like that, turning over and over, like it was a couple nights before that, when I seen him in the vision. And I seen two big arms come out and catch him, like this, and start bearing him right back up, going right back up, like that. I raised up, and Billy turned around, just as black as he could be. And his lips swelled way out, and his eyes turned real red, and turned back.He said, “Daddy, where are you. Where are you, daddy?”I said, “I’m standing right here, honey. It’s all over now.” Amen.

E-61 Let me tell you, if it hadn’t been for God, a dose of medicine would’ve killed my boy. Nothing nigh it, penicillin’s helped a many on sulfa drug and thing, on the battle front for the boys and things like that, but you have to watch, it’s killed hundreds. That’s right.But if it’ll kill one, what I’m trying to get at, is–this is my point, if it’ll kill one person, it’s fanaticism. If praying for the sick, and that person dies, then you have to call it fanaticism, then this has to be fanaticism, too. Is that right?It’s neither fanaticism; it’s just the people who can’t reason things out, the people that’s unreasonable. And our dear American people is most unreasonable people on them things, I ever seen in all nations in the world. That’s right. Very unreasonable, they won’t want to listen. They won’t set down and think it out. 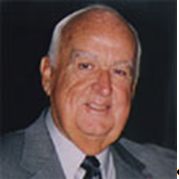 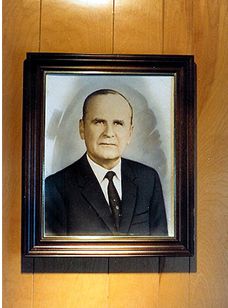