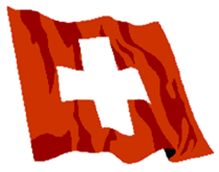 52-2 Look. One time over in Switzerland (I just can't find a place to stop, folks.) there's a–there over in Switzerland, there come that German army–the aliens coming in. Why, it looked like a brick wall, every man trained, every spear setting out like this, eight or ten feet in front. And they come up to the poor little Swiss up there. What'd they have? They were armed with the–with the blades out of their sickles, sticks, and rocks. And there they stood; they backed them up. Right across the hill was their homes. Here the Swiss army went out to meet them. They hadn't done nothing to them. They just come in and take th$eir land. 52-3 What in the world has this child done, just a kid? Satan, that's who it is who'd take her life if he could. Certainly. There he is prematurely.See? The Swiss hadn't done anything. They were good people; they were trying to defend their homes, but they stood out there to defend. After while there was one by the name of Arnold von Winkelried.Here come this army; they was all surrounded. Said, "What can we do?" Everywhere, just oceans of men, well-trained. That's the way Satan does it. Well-trained, his spear pointing right out, each man in step, one-two, one-two, just pulling in on this little army. Just–just keep walking, that's all they had to do and just pick them, every one, on their sword, the spears, go right on through them. That'd end of the Swiss army; that'd been all. 52-6 Right over the hill was their homes and loved ones. And women had been ravished, and raped, and their young daughters and children killed and homes burnt, and everything, food taken, cattle and stuff and gone. There they was. What happened?Inspiration struck one by the name of Arnold von Winkelried. He said, "Men of Switzerland, this day I die for Switzerland." Amen. "This day I die for Switzerland."They say, "What'll you do?"He said, "You just follow me and fight with all you got." He stood up there, throwed down his spear (his little stick he had in his hand like that); and he screamed out with his hands up, like that, and run towards that, hollering, "Make a way for liberty." Run as hard as he could go right to the army; and when he did, he grabbed every one of the spears that he could and throwed them right into his breast like that, and died. 53-1 He told them 'fore that, said, "There's a little home over yonder, a wife, and some babies." He said, "I'm leaving a little home that I've just bought." And said, "I–I love them, but today I die for Switzerland." He give my–he said, "I give my life to save the nation." And that was a hero that… They haven't had a war since; that–that ended it. It routed that army, with that heroism so displayed, till there wasn't a–that–that–their army was so confused, the Swiss rolled rocks on them, and run them out of the country; they never been back since. That's been hundreds of years ago. See? Why? 53-2 That was a great deed, but, oh, Brother, one day when the ignorance, superstitions, doubt, flusterations, and fears had God's people backed into the corner, there was One named Jesus Christ said, "This day I die for the people." That's right.What did He say to His army? "Follow Me and fight with everything you got. If you got a club, fight with a club; don't be afraid. If you got a stick, fight with a stick. If you got a rock, fight with a rock, whatever you got." That's what our Chief Captain says today. "I've took the Word of God, and I defeated the devil in his power." He chopped him to ribbons (Amen.) with that Word. 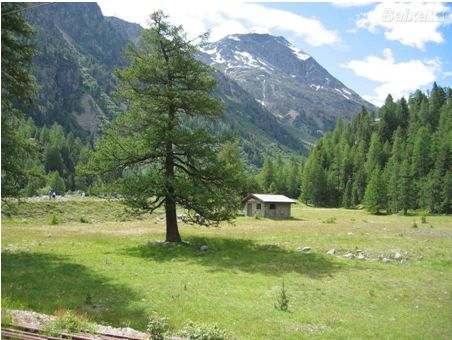 “Right over the hill was their homes and loved ones.”

92-But, oh, it was a little thing to what happened one day when Adam's race stood, demons marching in from every side; prophets had failed; law had failed; sacrifice of bulls and lambs had failed; man's nature had failed, everything. And Adam's little race stood defeated, outnumbered by devils, superstitions, sickness, diseases. There was One stepped out in heaven and said, "This day I'll die for Adam's race." He came to the earth and was made flesh. He looked right down where the midst of the spears was the darkest. The very darkest of all man's dreads was death, and He took death into His bosom. And on Calvary He paid the sacrifice and screamed, "Make a way for Liberty!"

93-And He screams to His Church, "Take This which I have left you, My Blood and My Spirit, and fight with ever what you've got." We can conquer tonight through That, friend. You can drive the Devil from you. Every old enemy that's in your life, it can be drove out by the Blood and the Spirit of Christ, and you can stand perfect in His Presence. Christ made the way. 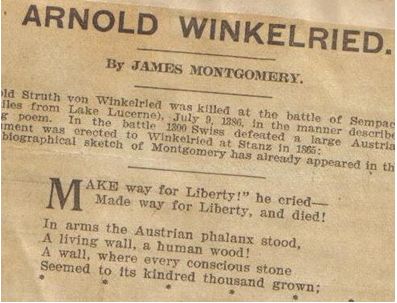 Arnold von Winkelried or Arnold Winkelried is a legendary hero of Swiss history, who allegedly was the main factor of the victory of the confederate forces of the Old Swiss Confederacy in the Battle of Sempach in 1386 against an army of the Habsburg duke Leopold III of Austria. 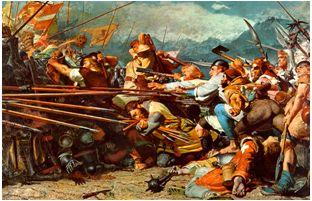 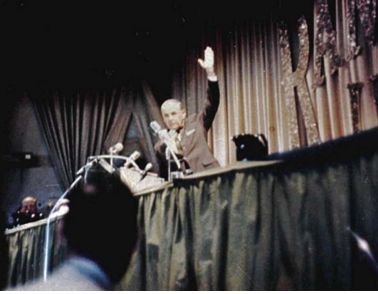