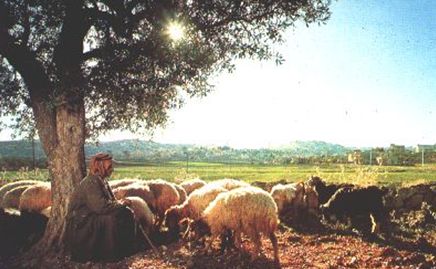 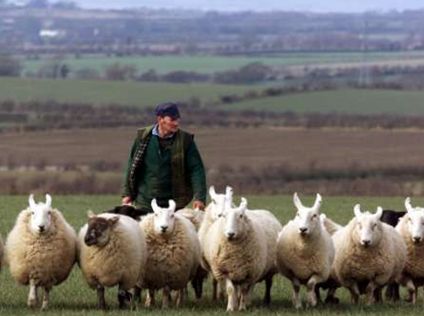 These words I read to-day to Rabbi Amos–indeed I was reading them when Rabbi Ben Israel came in to say that he departs to-morrow. The excellent Amos looked grave, graver than I had ever seen him look. I feared I had offended him by my boldness, and, approaching him, was about to embrace him, when I saw tears were sparkling in his eyes. This discovery deeply affected me, you may be assured, dear father; and, troubled more to have grieved than displeased him, I was about to ask his forgiveness for intruding these sacred subjects upon his notice, when he took my hand, and smiling, while a glittering drop danced down his snow-white beard and broke into liquid diamonds upon my hand, he said, "You have done no wrong, child; sit down by me and be at peace with thyself. It is too true, in this day, what the Prophet Malachi writeth, O, Ben Israel," he said sadly, to the Alexandrian Rabbi; "The priests of the temple have indeed become corrupt, save the few here and there! It must have been at this day the Prophet aimed his words. Save in the outward form, I fear the great body of our Levites have little more true religion and just knowledge of the one God Jehovah, than the priests of the Roman idolatry! Alas, I fear me; God regards our sacrifices with no more favor than He looks upon theirs! Today, while I was in the Temple, and was serving at the altar with the priests, these words of Isaiah came into my thoughts and would not be put aside; ’To what purpose is the multitude of your sacrifices unto me?’ saith the Lord; ’I am full of the burnt offerings of rams, and the fat of fed beasts; and I delight not in the blood of bullocks, or of lambs, or of he goats. Bring no more vain oblations; incense is an abomination unto me; I am weary to bear them; yea, when ye spread forth your hands I will hide mine eyes from you; yea, when ye make many prayers I will not hear; your hands are full of blood! Wash you; make you clean. Cease to do evil; learn to do well!’ "These terrible words of the prophet," added Rabbi Amos, addressing the amazed Ben Israel, "were not out of my mind while I was in the Temple. They seemed to be thundered in my ears by a voice from heaven. Several of the younger priests, whose levity during the sacrifice has been reproved by me, seeing me sad, asked cause. In reply, I repeated with a voice that seemed to myself to be inspired, the words of the prophet. They turned pale and trembled, and thus I left them." "I have noticed," said Ben Israel, "that there is less reverence now in the Temple than when I was in Jerusalem a young man; but I find that the magnificence of the ceremonies is increased." "Yes," responded Ben Amos, with a look of sorrow; "yes, as the soul of piety dies out from within, they gild the outside. The increased richness of the worship is copied from the Roman. So low are we fallen! Our worship, with all its gorgeousness, is as a sepulchre whitewashed to conceal the rottenness within!" You may be convinced, my dear father, that this confession, from such a source, deeply humbled me. If, then, we are not worshiping God, what do we worship? NOUGHT! We are worse off than our barbarian conquerors, for we have no God; while they at least have gods many and lords many, such as they are! Alas, alas, the time of the judgment of Jerusalem seems to be at hand. The Lord MUST suddenly come to His Temple, and as a refiner and purifier! I am deeply impressed with the conviction that the day is very near at hand! Perhaps we shall see it in our lifetime, dear father! Since writing the last line I have been interrupted by Mary, who has brought to see me a youth, nephew of the noble Jewish ruler, Ptolomeus Eliasaph, who was slain by the Romans for his patriotic devotion to his country. He dwells near the Gaza gate, with his widowed mother, who is a noble lady, honored by all lips that discourse her. Between this young man, whose name is John, and Mary there exists a beautiful attachment, not ardent enough to be love, but sincere enough for the purest friendship; yet each day their friendship is ripening into the deepest emotion. He has just returned from the vicinity of Jericho, where he has been for some days past, drawn thither by curiosity, to see and hear the new prophet, alluded to by me at the close of my last letter, whose fame has spread far and wide, and who is drawing thousands into the wilderness, to listen to the eloquence that flows from his mouth. The young man had been giving Mary so interesting an account of him that she desired me also to be a listener! In my next I will write you all I heard; and I trust, dear father, you will patiently bear with me in all things; and believe that, however I may, from the investigating character of my mind, venture upon sacred mysteries, I shall never be less a lover of the God of our Father Abraham, nor less the affectionate and devoted Adina to thee! Adieu. 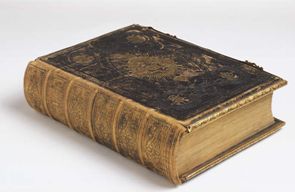