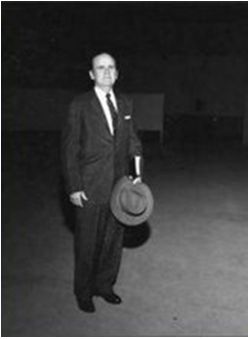 109 I've never believed that heaven was a place where there's a bunch of buildings, where there's a bunch of houses up there made with mortar, daubed up with paper, paint on the wall. I've never believed that a supernatural being would have to live in a literal house. I believe, when Jesus spoke in John 14 said, "In My Father's house is many mansions," He meant, "a body, a dwelling place." For the Scriptures verify the same thing, they say, "If this earthly tabernacle be dissolved, we have one already waiting." You see it?Mortal beings is the only one who lives in mortal habitations. Immortal beings live in immortal habitations. And the place that we go into until we return back, is not a place of brick, mortar, and clay, or precious stones, or jewels. It's a place, a condition, that we move out of this dimension that we live into, into another dimension. And it's a house, a tabernacle, a dwelling place.Jesus said, "Destroy this temple, and I will raise it up in three days." And they thought He was speaking of the Solomon's temple, but He was speaking of His own body.And He's gone to prepare a place for every believer, that the very moment we step out of these mortal regions, we don't go out into myth or some supernatural spirit, but we go into a tabernacle, a dwelling place. And that might be right here in this building this morning in a place that no other radio activity, or nothing can touch. It's there solely fixed by God alone.Listen. Moses had been dead for eight hundred years. Elijah had been translated for around six or seven hundred years. And there they stood on Mount Transfiguration, both of them in their mortal looks, talking to Jesus just before He went to Calvary. See what I mean? Then what am I trying to say, that we are looking at some mythical something, a way off out yonder, a hundred million years? 116 I got a revelation the other day, standing up there on Mount Palomar at the observatory, and seeing the time, the space over to Mars, and to the last continents and so forth, and light traveling at so many thousands miles per second.If an Angel started from the farthest star, and coming here, it would take him billions times billions times billions of years to get here. If he started from Mars and come here, flying at the speed of–of light–of light space, or light speed. It would take him billions of years to get here. 118 I cannot believe that there is a house way out yonder. But I believe that that house that God was speaking of is right present here now, that that's the place where the mortal beings, when we cease to be mortal here, we step into immortality yonder, into a place.And I believe that's where Jesus is today, the resurrected Lord Jesus; not out yonder somewhere, a million miles away, but right here present with us now.  120 In the fourth dimension, people can prove that right through this room now is coming radio activity, radio messages. Coming right through this building now is coming television pictures, but it's too fast for our eyes.Now, you go millions of miles beyond that dimension, and you'll get into a place that's just as real as television pictures is in this room this morning. There's the Lord Jesus Christ, the resurrected Son of God standing here, and the reason that you can't see Him is because our heart hasn't become tuned down to it.And the reason we can't see the–the television pictures, we're, our bodies are not set as instruments to pick up mechanical sent things.
But when our body becomes in tune with God, becoming a part of Him, then our soul can pick up the power of the Holy Spirit to vindicate the Presence of the Lord Jesus Christ in all of His power and omnipotence. He has risen from the dead. He lives among us today. And He wants fellowship back with His people again. His great majesty, His glory is now spreading forth. And He's desiring to fellowship again with His people like He did in the Garden of Eden. 124 I know it's a long ways around, but I wanted to get this picture to you, so you'll never forget it. No matter where you're at, if you're in the pool room, if you're in a gambling hall, there's Somebody invisible watching you; if you're standing persecutions for the Name of the Lord's sake. No matter what it is, mark anyone you wish to, and watch; the man will reap what he sows every time. If he's doing wrong, he will never get by with it. If he's doing right, he's got to come into glory with it. You just can't beat it; It's God. He's here. He here. He knows the very depths of your heart. He knows who you are and everything you've done. In the meetings sometimes I watch how them visions become material.  126 I thought, "O God, how can it be. When, standing here, a minute ago stood a man with His arms folded, looking to me. And I heard His voice talking to me, and telling me things that's going to happen there, that never fails." And yet, He vanishes from me.
And I know that there's a land beyond the river; there's a region yonder, somewhere, that the glorious persons of the great Angels of God and His being are fellowshipping again. 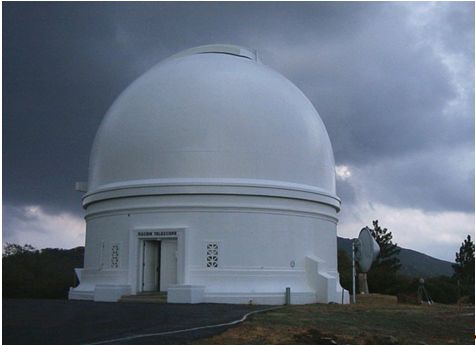