Are we the colony yet? 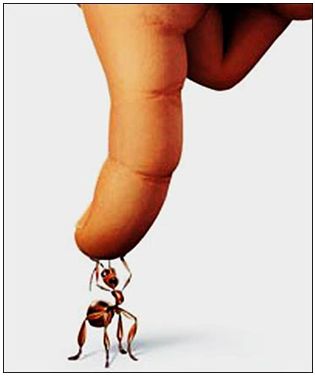 Who knows more about Third Pull? 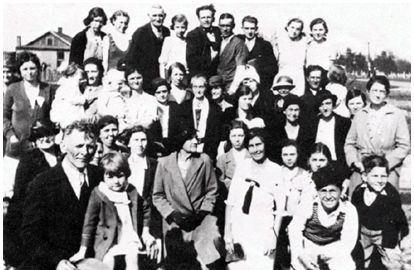 Many people say: “I rode with brother Branham”, “I heard brother Branham preach many times”, great! Absolutely great! But so what?  How really matter? Our country, Brazil, “was born” as a Portuguese colony in 1500 d.C, after that, always acted as colony in politics, culture and religion too. A Brazilian writer said once: “we have the mutt Syndrome ” stray dog or something like that. This is a great country, one foot in wealth another foot in poverty. Talking about how religious, I have seen many preachers from all over the world preaching so  different things and “misteryous” things and some brazilians people who lived in the United States, come here and say: brother Branham said this, brother Branham said that, and so and so. They have authority, are we still colony? They think that we know nothing about the message, are we the colony yet? They are wrong.  We received the message about 40 years ago, difficult times, hard times, but times of victory. The Bible says … "Go up into the mountains and bring down timber and build the house, so that I may take pleasure in it and be honored," says the Lord .(Haggai 1:8).

126 How contrary is denomination to God's Word. He never had one, never dealt in one, and never dealt with one. I want some historian to show me where ever a prophet ever come out of the church. Show me where God ever a blessed the church that was–after it was organized. She went on the shelf and died with intellectual wisdom from the devil by their leaders and refused the Word of God as It growed up into the perfect statue of Christ. Now, it's a–at the head. How contrary. Separate from that unbelieving Eve, you children of the Evening Light.

183 I'm getting to be an old man; and my days begin to fade out; and my eyesight begins to get dim; and my little flame of life begins to burn low; I don't fear the darkness, for I want to say this with Paul, "I know Him in the power of His resurrection." No matter where they bury me, if I drowned in the sea, or burn in a furnace, or eat up by a lion, He'll call my name, and I'll speak. Amen. Let us pray.If there be in here, or out on the wires of this message across the nation, in your little churches and groups and halls and wherever you're seated, if there's one, oh, let me persuade you, let me beg you as a minister of the Gospel, let me beg you in the Name of Jesus Christ, flee the wrath of this wicked age. Don't serve the God of this evil age. Oh, I know you say, "It's good; their fine." Exactly, a mixed tree, you can't mix knowledge with God's Word. It's a Word that's to be believed by faith, not knowledge. You don't understand it; you accept it. You say It's right, and then you live by it. That's all He asks you to do. If there's any present here in our group (We can't make the altar call or bring you up here, because there's not no room.), or out over the air, over the telephone lines, if there's any out there that doesn't know Him, don't…

The God Of This Evil Age

31-1 A few weeks ago I was in a vision, and I was standing upon a–a high place, and I was to see the preview of the church. And I noticed coming from my… I was standing more like this way, facing the west, and coming this way was a–the lovely bunch of women, real nice dressed, long hair fixed nice in the back, sleeves, and skirts down neatly, and they were all in a marching tune, like "Onward Christian soldiers marching as to war, with the cross of Jesus going on before." And as they passed by, I stood, and there's something there, some Spirit was God, and He said, "There is the Bride." And I looked and my heart was happy. And she went around this way, and passed around behind me.After while when She come back this a-way, It said, "Now, the modern church will come into preview." And here come the Asian church up. I never seen such a filthy bunch. Here come the other churches up of the different nations. They looked horrible. 31-3 And I–I say this because I am duty bound to tell the truth before God. And when He said, "Here comes the church of America now to be previewed," if I ever seen a bunch of devils, it was that. Them women were stripped naked with a old gray looking thing like a color of an elephant's hide, and they was holding it in front of them with no upper part on it at all, and they were doing this kind of stuff that these–these dances that these kids do out here, that twist and stuff and that kind of music going on. And when I seen Miss U.S.A. come up, I almost fainted.Now, this is THUS SAITH THE LORD. If you believe me to be His servant, you believe me now. I wouldn't say that for nothing in the world; there's not enough money in all the world to get me to say that if it wasn't true.And when she come by, that was the filthiest looking thing I ever seen. I thought, "God, as hard as preachers and we brethren have labored to get You a Bride, and that's the best we could do." She was twisting, holding this in front of her like one of these hula skirts of a thing, holding it in front of her parts, her lower parts like this, dancing and twisting like these kids do out here on the–on these vulgar shows that they have, twisting. That was Miss Christianity of America.

The Choosing Of A Bride

Every country has your identity, folklore; Paul said this to Peter in the Letter to Galatians:

11  But when Peter was come to Antioch, I withstood him to the face, because he was to be blamed.12  For before that certain came from James, he did eat with the Gentiles: but when they were come, he withdrew and separated himself, fearing them which were of the circumcision.13  And the other Jews dissembled likewise with him; insomuch that Barnabas also was carried away with their dissimulation.14  But when I saw that they walked not uprightly according to the truth of the gospel, I said unto Peter before them all, If thou, being a Jew, livest after the manner of Gentiles, and not as do the Jews, why compellest thou the Gentiles to live as do the Jews?15  We who are Jews by nature, and not sinners of the Gentiles,16  Knowing that a man is not justified by the works of the law, but by the faith of Jesus Christ, even we have believed in Jesus Christ, that we might be justified by the faith of Christ, and not by the works of the law: for by the works of the law shall no flesh be justified.17  But if, while we seek to be justified by Christ, we ourselves also are found sinners, is therefore Christ the minister of sin? God forbid.18  For if I build again the things which I destroyed, I make myself a transgressor.19  For I through the law am dead to the law, that I might live unto God.20  I am crucified with Christ: nevertheless I live; yet not I, but Christ liveth in me: and the life which I now live in the flesh I live by the faith of the Son of God, who loved me, and gave himself for me.21  I do not frustrate the grace of God: for if righteousness come by the law, then Christ is dead in vain.

Is not so easy to say certain things, because “No one is a prophet in his own country”, but in the time in which we live many preachers have a motto: “Do as I say, not as I do”. We must not make policy with the message, God is not political. 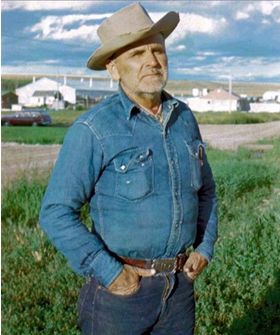 “It is only at the tree loaded with fruit that people throw stones”.

There is no a “big one” among us except Jesus, doesn’t matter where are you from, Jesus is the Commander in Chief and He knows more about the Third Pull than any other. Was a man anointed now is a people anointed. I still believe that God can use a humble man and that man remains humble, without wanting to establish a kingdom. Preachers have just read the message of the prophet in the pulpit and deny what was read by the fame or money or popularity. The people are tired of human leaders, political leaders, contradictory; these are leaders who hinder the plan of God. In the times of globalization to think that all are fools is still be more foolish.

“5 Open rebuke is better than secret love.6 Faithful are the wounds of a friend; but the kisses of an enemy are deceitful”.

Obs: “Mutt Syndrome”:  Term coined by Nelson Rodrigues in 1958 to explain the fact that Brazil is so big and act as "little poor."